Spin off of India’s Best Dancer, Maharashtra’s Best Dancer features some of the most dynamic performances on Sony Marathi. The show took the stage by storm and is viewed by millions of fans from all over the state. The show airs on Sony Marathi every Monday and Tuesday at 9pm. The judges of the show include choreographer, Dharmesh and actress Pooja Sawant. Namrata Sambherao and Sankarshan Karhade are seen as the hosts of the show. Showcasing the best dancing talents, the show brings out some of the most smashing performances till date, competing for their place for the ultimate glory of being crowned Maharashtra’s Best Dancer. 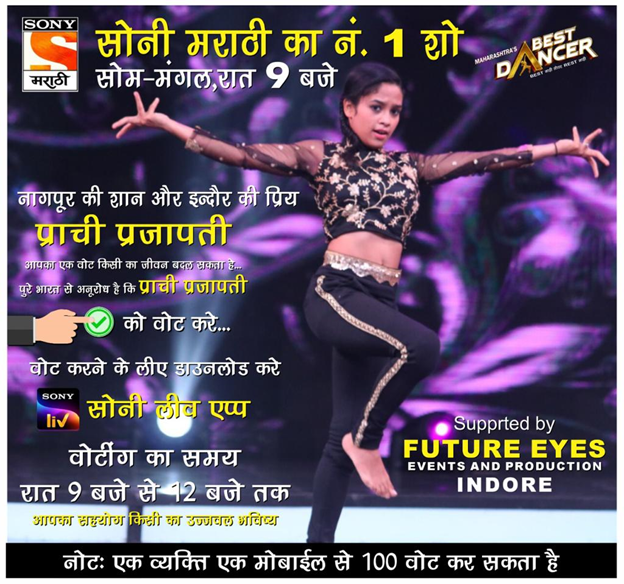 Fuelling the fire on stage is Prachi Prajapati under the mentorship of Shweta Warrier. The pride of Nagpur, bringing joy and pride to millions around the state. This lovable girl has been a very consistent performer on the stage and was even helmed by the judges many times for her wonderful solo performances on stage. Prachi has also received several standing ovations from both the live audience and the viewers back at home. Love from her fans have surely flung Prachi into new heights of stardom along with her hometown of Nagpur. 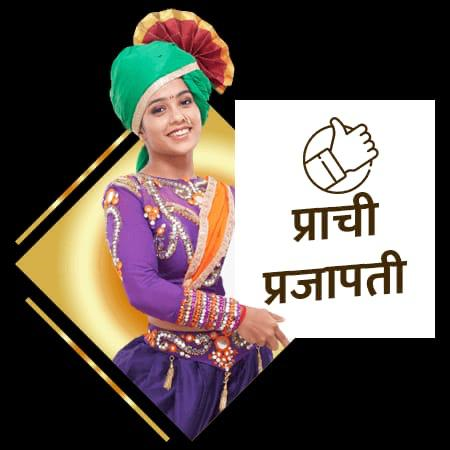 Owing to her success in Maharashtra’s Best Dancer, she will expect her fans from all over the state cheering and voting for her, making sure she is always in the race for the ultimate glory. Fans from the state will have to vote really hard for their favourite contestants to keep them in the race as it is all up to the viewer in choosing the victor of the season. So what are you dance fans waiting for? Pick up your phones now and start voting for the lovely and talented Parachi Prajapati. The voting procedure is also designed keeping the user experience in mind making sure that the app is very easy to use. The voting lines are open from Monday and Tuesday at 8pm to 12pm. 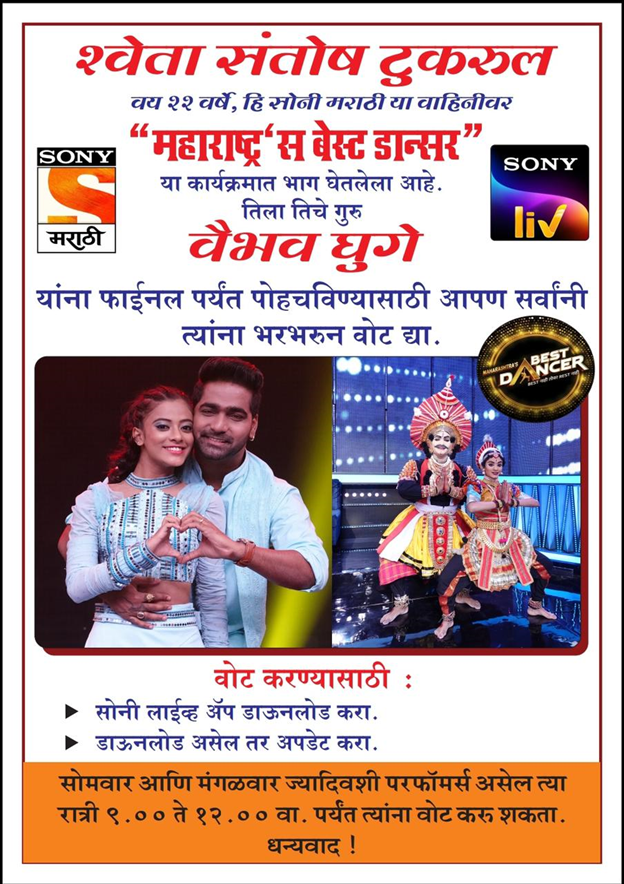 The grand finale is now in sights for the contestants and Prachi is all geared up for the ultimate showdown. Her fans can simply download the SonyLIV app on their android or apple smartphones. The app is available on both the Play Store and the App Store. Signup on the app using your personal details and create an account. Login to the account using the user id and password you chose for the account. You can submit your votes directly by clicking on your favourite contestant. Each unique user will have the ability to cast a maximum of 100 votes from his account. Make sure to vote for the talented Prachi Prajapati as many times as you can. A slight effort on your side can proper this Nagpur wonderchild into stardom and help create a wonderful career and life for her ahead. Be sure to tune in to Sony Marathi or the SonyLIV app for the grand finale to find out how your votes were able to make a difference in Prachis’s life. The pride of Nagpur city, the pride of Maharashtra.